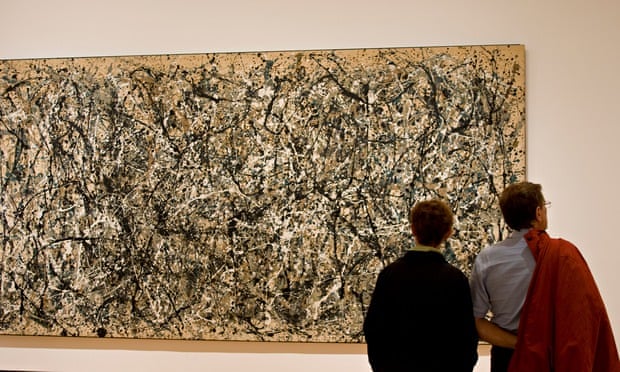 Source: Artist at centre of multimillion dollar forgery scandal turns up in China | Art and design | The Guardian

Qian, who once painted portraits of Chairman Mao for display in Chinese workplaces and schools, arrived in the US on a student visa in 1981. He is said to have been discovered by Jose Carlos later that decade as he was painting at an easel on a lower Manhattan street corner. According to the indictment, he began copying works by artists such as Keith Haring and Jean Michel Basquiat, and forging the artists’ signatures; then, despite knowing “they were essentially worthless imitations,” Jose Carlos would sell the copies to galleries.

By the early 1990s, prosecutors say, Qian was churning out signed fakes from his home studio in Queens under instructions from the Bergantinos Diaz brothers and Rosales. In pursuit of authentic-looking forgeries, Jose Carlos is said to have bought Qian old canvases at flea markets and auctions, and supplied him with old paint.

He also “stained newer canvases with tea bags to give them the false appearance of being older than they really were”, said the indictment, which also claimed that some works were subjected to the heat of a blow dryer, while others were left outside and exposed to the elements.

Works by other modern artists such as Robert Motherwell, Barnett Newman, Sam Francis and Franz Kline were also ripped off by Qian, according to prosecutors, who said he was found to own books and auction catalogues about the artists he copied.

They allege that throughout the 1990s, Qian was sometimes paid as little as “several hundred” dollars for each forgery, but that after spotting one of his creations priced far higher in a Manhattan art show, he “demanded more money” – and got it. By February 2008, Jose Carlos was allegedly writing Qian cheques for up to $7,000 per painting.

Far bigger sums of money, however, were involved when the trio of dealers allegedly sold the forgeries on to respected New York galleries. The prestigious Knoedler & Co, referred to as “Gallery 1” in the indictment, is alleged to have paid $20.7m for Qian’s forgeries – and then made $43m in profit by selling them to wealthy collectors. A second gallery is said to have made $4.5m selling Qian fakes that it bought for $12.5m.

A wonton font (also known as Chinese font, chopstick font or chop-suey font, type or lettering) is a font with a visual style expressing “Asianness” or “Chineseness”.

Styled to mimic the brush strokes used in Chinese characters, wonton fonts are often used to convey a sense of Orientalism.

In Tianducheng, on the outskkirts of Hangzhou in east China’s Zhejiang Province a Pariisan streetscape facsimile is taking shape. It has all the bits you make expect from an alternate Paris: an Eiffel Tower, a tree lined boulevard, mansard roofs galore. 2000 people reportedly live there,

We are aware that reporting on zany building in China is cliché, but then it struck us: what if China wasn’t behind this after all? What if France was? What if it is an act not of banal facsimile, but one of pre-emptive preservation?

Perhaps France is making a backup copy of itself.

Emails circulated the architecture mail system several times over last year with pictures of Ronchamp sitting in the dusty Chinese city of Zhengzhou. An interesting novelty. But with a portion of Paris also turning up, a pattern is forming.

Could China be the USB external hard-drive of the French built environment? Regular backing up of our data is a just a fact of life for most of us worried that we may lose important data. External USB hard-drives are being made for less and with higher capacities every day, such that the delete button is increasingly becoming irrelevant. So why limit our backups to data? China’s construction industry seems perfect for the task of backing up bricks rather than bits – cheap and powered by the brute force of sheer population. Copies of places may be made in a fraction of the time that it took to create them.

If in the event of a catastrophic episode, the part of France in question could be restored and life would go on as it was before.

Plagiarism and the history of art

Through all of the history of literature and of the arts in general, works of art are for a large part repetitions of the tradition; to the entire history of artistic creativity belong plagiarism, literary theft, appropriation, incorporation, retelling, rewriting, recapitulation, revision, reprise, thematic variation, ironic retake, parody, imitation, stylistic theft, pastiches, collages, and deliberate assemblages.[3][39][10][40][41][42] There is no rigorous and precise distinction between practices like imitation, stylistic plagiarism, copy, replica and forgery.[3][4][5][43] These appropriation procedures are the main axis of a literate culture, in which the tradition of the canonic past is being constantly rewritten.[42]